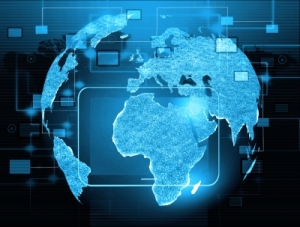 Foreign investment in U.S. real estate is growing rapidly, not just on the coasts but here, in the Midwest, as well. Indeed, according to an article in the Milwaukee Journal Sentinel, many recent, high-profile, Milwaukee real estate projects, including the Global Water Center, the downtown Marriott Hotel and the redevelopment of the Pabst Brewing complex have been funded, at least in part, by international investors.

The main limit on foreign investment in Wisconsin real estate can be found in Section 710.02 of the Wisconsin Statutes, which prohibits four categories of foreign investors from holding any interest, including a fee simple interest, a leasehold or any other type of interest, in more than 640 acres of Wisconsin real estate. The “Prohibited Investors” are: (1) nonresident aliens; (2) corporations not created under the laws of the United States or one of its states (“Foreign Corporations”); (3) all corporations, limited liability companies, partnerships and associations, wherever created, in which more than 20% of the ownership interests are owned or held by nonresident aliens and/or Foreign Corporations; and (4) all trusts, wherever created, in which more than 20% of the value of the assets are held for the benefit of nonresident aliens and/or Foreign Corporations.

While this 640 acre limit is high enough to permit a foreign investor to acquire an interest in a typical office, retail or industrial building, it would, at first blush, seem to create a potential obstacle to at least three types of significant foreign investment transactions:  (1) the acquisition of interests in multiple sites in Wisconsin that, in the aggregate, would exceed the 640 acre limit; (2) the acquisition of interests in sites that typically include a large amount of property, such as timberland investments; and (3) the acquisition of companies that hold an interest in more than 640 acres of Wisconsin real estate. 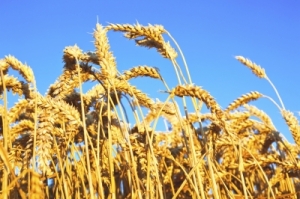 In addition, Section 710.02(c) states that the 640 acre limit does not apply, if it is in conflict with certain foreign treaties, and it can be argued (See, for example, Tom Larson, Making the Case, Wisconsin Real Estate Magazine, May 2013) that the General Agreement on Trade in Services (“GATS”) is just such a treaty. As of this writing, this theory has not yet been tested in any court but, if it were to prevail, it would mean that the citizens and subjects of many countries, including China, Russia and most European countries, would automatically be exempt from Wisconsin’s 640 acre limit, no matter how they used their Wisconsin property, even if they used it for agricultural purposes. On the other hand, a good case can be made against this “GATS Exemption” (See, for example, Kara Slaughter, Proposed Changes to Wisconsin’s Nonresident Alien Land Ownership Law in the Governor’s 2013-2015 Budget, Agri-View.com, March 28, 2013), so foreign investors who rely on the “GATS Exemption” to acquire more than 640 acres of Wisconsin agricultural land should be aware that their acquisitions could be subject to challenge under Section 710.02. In addition, foreign investors in Wisconsin agricultural land should keep in mind that Section 182.001 of the Wisconsin Statutes does not allow corporations and trusts (whether foreign or domestic) with more than 15 shareholders or beneficiaries, more than 2 classes of shares or any shareholders or beneficiaries who are not natural persons, to own Wisconsin agricultural land or to carry on agricultural operations in Wisconsin.

In conclusion, although Section 710.02 is sometimes referred to as Wisconsin’s A-FIRE, or “Anit-Foreign Investment in Real Estate Law,” it is far from having the broad reach that this name would suggest. Except for investments in agricultural land, Section 710.02 does little to limit foreign investment in Wisconsin real estate. Consequently, most foreign investors interested in real estate in Milwaukee, Madison or other parts of Wisconsin will find that Wisconsin law poses few obstacles to their plans.